How battery-powered scoops are blazing a path towards green mining

Mining companies are forced to go deeper underground and extract more challenging ore bodies, but the deeper they go, the more energy and cost are required, including significant costs for ventilation to remove diesel particulate generated from diesel development and production equipment.

The battery-powered LHD (Load, haul, dump) vehicles, also known as scoops, are leading the way towards green mining by eliminating emissions of diesel particulate without sacrificing performance or flexibility, as well as cutting ventilation costs, which are some of mining’s highest expenses.

Traditional LHD vehicles are powered by diesel, and it’s the diesel byproduct (made up of a mixture of gases, vapours and solid particles) that is a serious health and safety concern to miners. But companies like GE have found a way to eliminate carcinogenic diesel particulates with their fleet of battery-powered LHD vehicles with more in the works that can lift, haul and pull even more weight than their diesel counterparts.

Studies in the past few years have raised concerns about the connection between diesel exhaust and cancer in workers with heavy exposure from these engines. Workers in the mining sector were among the group with the heaviest and most prolonged exposure, leading to higher lung-cancer rates. In 2012, the World Health Organization reclassified diesel exhaust from a suspected carcinogen to a known carcinogen.

“If we can eliminate diesel particulate, we are taking a known carcinogen out of the air, making it safer for the workers while reducing operating costs at the same time. This is exactly what this LHD does,” says Willick.

Many miners want to be greener and reduce their carbon footprint, but the efficiency and cost reduction still need to be there for these companies to take the leap, explains David Alderson, project manager at the Verschuren Centre for Sustainability in Energy and the Environment at Cape Breton University.

Battery-powered technology has improved dramatically from a decade ago, and these machines are, possibly, even ahead of their diesel-powered predecessors.

“Electric motors are particularly good in certain applications because of their torque curve, versus internal combustion engines,” agrees Alderson.

“But it always comes down to cost to a certain point. … [Mining companies] are purchasing something to perform a job, a duty,” he explains, “so the development of that technology, the derivative of that, they just want something that’s going to work in a cost-effective manner.”

The challenge comes not only from a mine’s dependency on diesel and the rising cost of this fuel, but also from the high cost of underground ventilation systems, which accounts for the single largest expense for any underground mine (up to 40 per cent of total running costs), according to the Centre for Excellence in Mining Innovation.

“For each underground mine in Canada, the typical ventilation rate is between 100 to 125 cubic feet per minute for every installed horsepower, and that is a law,” explains Willick.

“Reducing the requirement for ventilation provides mine operators with options of reducing ventilation power costs or using the same ventilation to mine at more locations at the same time,” he adds. “That is a significant benefit and applicable for both operational efficiency AND maximum production objectives. ”

Sylvain Lehoux, general manager at Iamgold Corp.’s Westwood Mine in southwestern Quebec, and his team tested the GE Mining Battery Powered LHD for months at their mine, and he admits that he was skeptical that this machine could hold up in harsh mining conditions.

“We were so surprised, believe me, because, as you know, diesel is strong. It’s lots of dust and gas, but it’s a strong machine,” he says. “But battery scoops are stronger than diesel, and we were so shocked.”

And it’s not just about air pollution underground, says the 28-year veteran of the mining industry. The vehicles are reducing noise pollution, as well, explains Lehoux. “With this battery machine, it’s incredible; there’s no noise. It’s a dream for the environment, and health and safety.”

The cost of maintenance is minimal – changing and charging batteries every eight hours – and the current technology is the first of a new continuously improving and expanding offering in the coming years. Lehoux says his team has asked GE Mining to develop a system so the equipment can eventually be operated above ground, using remote-control technology.

When asked if he thinks this technology could drastically change the way mining is done, Lehoux recalls a recent meeting with his board to share the LHD test results.

“They said, ‘Well, Sylvain, in light of pollution, this is the future you have in your hand.’

“And they are right. This is the future for an underground mine.”

The Globe and Mail 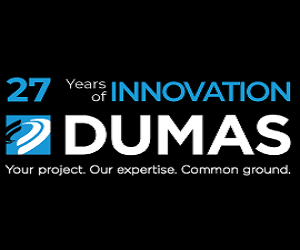